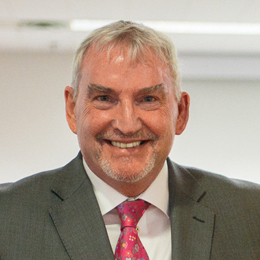 The 21st century has seen a commensurate development of appreciation of the abuse and misuse of trade activity.

International trade finance is a longstanding commercial activity, but the volume and value of transactions has increased dramatically since the mid-20th century as globalisation has accelerated.

Recent World Bank data estimate the value of merchandise exports at over US$ 16 trillion annually.

Like any channel which facilitates the transfer of value, this has not escaped the attention of the professional criminal fraternity. As such, the 21st century has seen a commensurate development of appreciation of the abuse and misuse of trade activity.

The hugely influential international body, the Financial Action Task Force (FATF), wrote about these concerns in 2006 and 2008. Since 2012 there has been a variety of useful reports published by groups such as the Asia Pacific Group (APG), the Australian regulator and financial intelligence unit (AUSTRAC), and the UK regulator Financial Conduct Authority (FCA), which have all highlighted that the sector represents a higher risk in terms of financial crime.

There are a number of reasons why criminals may be attracted to international trade products and services as a conduit to disguise and/or benefit from the proceeds of crime. The following areas should be considered when assessing the financial crime risks posed by trade activity and relationships.

The above are far from exhaustive, but form a solid base from which to build when considering risk. In addition, many trades rely on correspondent banking arrangements (which in itself is commonly recognised as being a relationship which poses a high degree of risk, given the reliance on the effectiveness of downstream systems and controls).

The power of education

It’s not all doom and gloom though. Trade-based financial crime is high on the agenda of many institutions, which recognise the risks and the potential consequences (legal, regulatory, social, to name but a few) of becoming unwittingly involved in criminal activity.

Systems and controls around trade-based financial crime continue to evolve. Technology is playing an increasing role, but well-educated and qualified professionals with an eye for what is “unusual” are at the forefront. This applies to various strata and roles – from relationship managers and middle/back office staff, through to second line/ compliance people.

Understanding the typologies involved in trade-based financial crime (how this illicit activity might manifest), as well as other aspects such as high risk indicators, allows those who are closest to the customer to identify and escalate any potential issues they encounter.

The role of the International Compliance Association

The International Compliance Association (ICA) supports the professionalism of practitioners through its qualifications, one of which specifically addresses trade-based money laundering.

Since it started in 2001, the ICA has been a prominent advocate for the development of the international community through education and professionalisation. The ICA has awarded in excess of 130,000 qualifications worldwide and worked with various international firms, government bodies and regulators to promote the professional status of, and standards that are applied to, practitioners working in roles affected by compliance.

For example, the ICA worked with Sector Skills Councils in the United Kingdom to develop and evolve national occupational standards in compliance areas. More recently it has worked with the Banking Standards Board (BSB), a voluntary organisation supported by the UK government and financial services, which was established to promote high standards of behaviour and competence across UK banks and building societies.

Undertaking an ICA qualification and becoming part of the Association’s international community is a powerful proposition. As well as gaining valuable insight and certifying your knowledge, you are playing a key role in countering financial crime and developing/expanding best practice, which ultimately aids the commerciality and security of the global community – something on which the success of the historic international trade environment may ultimately depend.

We use cookies to ensure that we give you the best experience on our website. If you continue without changing your settings, we’ll assume that you are happy to receive all cookies on the TFP website.